The Craftsmanship of an Everyday Staple

International Beer Day is here!  A day in which we honor the brewers and servers of this ancient drink with a celebration of all things beer-related.  The first festival took place in Santa Cruz, California some 14 years ago, but this special day is a mere baby in comparison to the history of ale and beer brewing itself.

Remnants of archaic pottery found in Iran suggest that fermentation of grain existed as far back as 7,000 years ago.  Most likely discovered by accident grains such as barley soaked in rainwater, combined with wild yeast produced a pleasant tasting brew.  And so the process began!

Barley is not the only grain able to create this agreeable drink.  Wheat and oats are also used, and to a lesser extent, sorghum, rice, and maize.  These grains are favoured in Africa, Japan, and South America, creating individual, country-led tastes, perfectly fitting the growing conditions and local populations.

The Chemistry of Love

Little did I imagine as a young girl sitting in chemistry lessons that something so completely beyond me (or so I thought at the time) would have ramifications for my future.

Yet, chemistry is in everything we do.  From making a cake to baking bread and, of course, to brewing beer.  Interactions between basic ingredients create chemical reactions limited only by our imagination.

Speaking of baking, it is quite likely that beer brewing predated baking bread, as the process for bread making is more complex.  Simply put, beer is a solution of grain-derived sugars dissolved in water and fermented by yeast to produce alcohol.

Water into Ale or Beer?

Perhaps it is this fermentation process that Jesus is supposed to have performed at the wedding in Cana of Galilee?

Who can say, but what I can tell you is that it is reasonable to suggest that beer would have been around at the time, and most likely would have been in the form of non-hopped ale.  This ale was flavoured with herbs and spices, but no hops.  Beer, of course … you’ve got it … is the hopped version!

Here in Great Britain, ale was brewed by the housewife as a safe alternative to water.  At least, that’s the story we are told in this day and age of secure water sources.  And, of course, water IS necessary for brewing.

Maybe it was a way to soften the edges of life, much as we take an aspirin today.

Even Monks Got Ale

Discover how the monks in Helston helped feed pilgrims ‘liquid bread’ whilst walking to and from St Michael’s Mount in Cornish Foodie’s article, Cornish Drink.

To India and Beyond!

My apologies for pinching Buzz Lightyear’s statement and making it my own.  However, it fits the narrative so well.

Let me explain … As the British Government involved itself progressively with running India and what we now know as Bangladesh and Pakistan, increasing numbers of personnel were shipped out to work there.

One bright spark began supplying ships of the East India Company beer in barrels to replace water.  The idea was that beer kept better than water for the long journeys, and helped to ward off infections.

Discovering that lighter beer was more effective than the rich, heavy beers of the time, the term pale ale came into being.  Keeping the British supplied with their special ale, with its light, fruity taste, it wasn’t long before the beer acquired the name of India Pale Ale, or IPA for short.

Something Lighter, or Just In Between?

As with every good story, there are twists and turns.  And this is one of those twists.  However, it is one that the Cornish craft brewers have taken to their hearts, along with the more traditional beers.

IPA’s have expanded to include a session IPA, just one of several different takes on classical beers and ales.  Rather like a younger cousin, it is less malty than a pale ale, hoppier than an IPA, and lighter on the alcohol.

It’s fun to see the progression of the industry and to find out what they have in store for us next.

The Explosion of Craft Beers in Cornwall

For many years the most well-known brewery here in Cornwall has been St Austell Ales.  Founded in 1851 by Walter Hicks, this family-owned brand is still the granddaddy of them all.  Although it is a corporate brewer, it produces award-winning beers, spreading the Cornish name far and wide.

However, today I want to introduce you to just a few of the much smaller, arguably more interesting, micro-breweries which are flourishing here in the far South West.

I love the passion each brew company has for its product.

One such company is Padstow Brewing Co.  I pick this out particularly as part of my story with beer is tied up with one of their ales, Pocket Rocket.

My children coined the name Pocket Rocket for my little car, long before I picked up a can of beer with the same name.  How could I resist?

Curious to discover what I would find, I tentatively take a sip of this hazy, golden drink.  It is light and fruity with a hint of bitterness that adds character.  I am impressed, as I am not one usually known as a beer drinker.  I’m rather more of a lager style drinker, such as Korev, or a wine drinker.

But, I’ve been won over by the sheer drinkability, freshness, and sparkle all packaged up in the Pocket Rocket.

The Padstow Brewing Co. has produced an absolute winner; it is one of their core brews, for which I am grateful.  And a great first foray into the modern-day world of beer drinking.

Another of my favourites is from Driftwood Spars brewery.  Nestled down in Trevaunance Cove, St Agnes, Driftwood Spars have long produced their own beers to supply the hotel and restaurant of the same name, along with local customers.

It sums up the inventiveness of businesses here in Cornwall to make a difference.  Using local ingredients and making them into something special means they stand out from the crowd.

They are memorable and visitors can’t get enough of Cornish produce.

My third and final offering for today comes from Verdant Brewing Co.  Based in Penryn, this microbrewery set out to create the hop-forward light beer styles similar to those brewed in the US.

Their vibrant label initially caught my eye, and along with the promise of peach, apricot, tangerine, and white grape, the Marylou found its way into my basket!  It didn’t disappoint.

It doesn’t matter if the summer weather is less than its best, sipping Marylou transports you to sunnier climes in an instant.  And what could be better than that?

An Iceberg of Coolness in a Sea of Exceptional

I have truly only mentioned the tip of the iceberg for small breweries here in Cornwall.  On the list are over 40 different companies offering world-class beers and ales. I am slowly working my way through them all, although it takes time to appreciate the subtle differences and flavours!

Fortunately, I can pop out to the shops to buy what I need when I want it. But what if you’ve discovered your new best beer whilst you’ve been staying here in Cornwall?

No Fear! We have you covered, thanks to online shopping.

No matter where you are in the country, whether you live in the far South West like I do, or you live in the northern most reaches of the British Isles, its easy to have food and drink delivered.

From St Mary’s in the Isles of Scilly to Sandwick in the Shetland Islands, it is now possible to continue drinking your favourite ale. With the ability to be able to purchase online, these small breweries can reach their fans at the click of a button.

So which one will you choose today?

With glasses charged, let’s raise a toast to all the brewers out there, bar staff and servers alike.

Homage To The Bovine 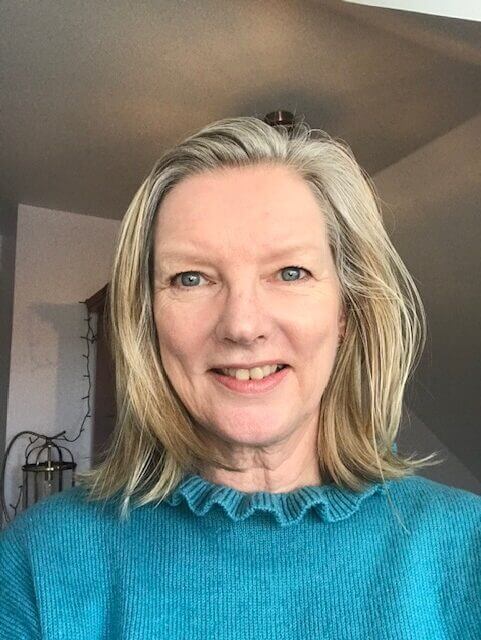